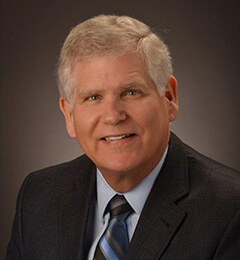 Dr. Jensen grew up in the suburbs of Chicago. He attended the Illinois Institute of Technology, graduating with a BS in Biology. Continuing his education, he attended graduate school in the Department of Anatomy at Michigan State University, graduating with MS in Anatomy, and then entered the College of Osteopathic Medicine at Michigan State. After receiving his DO, he trained in Obstetrics and Gynecologic Surgery at Detroit Osteopathic and BiCounty Community Hospitals. He practiced in the Detroit area briefly before moving to Florida in 1987. He has been in private practice in the Clearwater area and on the staff of Morton Plant Hospital since 1988. He became Board Certified in Obstetrics and Gynecologic Surgery in 1990. In 2000 he received an MBA from Univ. South Florida College of Business and was awarded an Organon Fellowship to obtain a MPH in Public Health Practice in 2001, graduating in 2003.

Over the years, he has served on numerous committees at Morton Plant Hospital. In 2002, he initiated and directed the writing of a federal grant to the Office of Women’s Health of the Department of Health and Human Services to create a Center of Excellence in Women’s Health at the Turley Center. The grant was awarded to Morton Plant Hospital in October 2002 for $750,000.

Click here to view Bios of all Clarifire Innovators and Advisory Board Members.

Please select the workflow you are most interested in ...